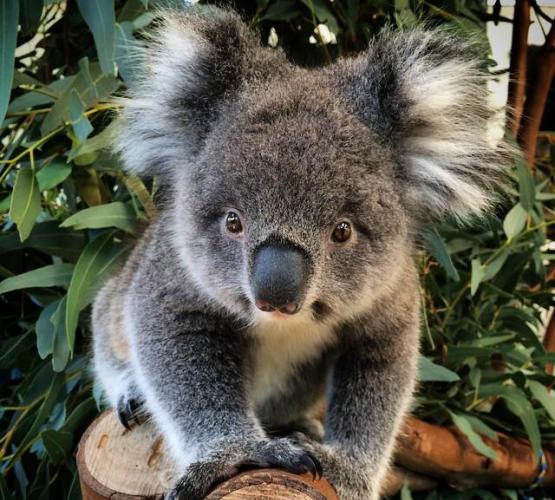 Nestled in a Logan forest is a facility surrounded by eucalypt trees, picnic tables, mountain bike tracks and animals of many kinds.

The Daisy Hill Koala Centre is a dedicated koala education facility that was opened to the public in 1995. The centre has undergone two extensively refurbishments; once in 2009 and most recently in 2018. Built but the Queensland State Government of the time, the centre is a place for locals and tourists alike to come and see and learn about Australia’s cutest marsupial.

Though often called the koala “bear,” this cuddly animal is not a bear at all; it is a marsupial, or pouched mammal. These plump, fuzzy mammals were widely hunted during the 1920s and 1930s, and their populations plunged. Helped by reintroduction, they have reappeared over much of their former range, but their populations are smaller and scattered.

Daisy Hill Conservation Park comprises 435 hectares of open eucalypt forest and is a great place to see a koala in its natural habitat. This is where the centre makes for a positive koala seeing adventure as they have resident koalas what can be seen daily.

With plenty to see and do at the centre you are in for a great time of fun learning and there aren’t too many people who don’t like to see a koala.

Daisy Hill Koala Centre is located in the Daisy Hill Conservation Park, approximately 25km south of Brisbane and is open 9am–4pm daily (except Christmas Day, New Year’s Day and Good Friday) and is free to visit.