Home Community Officers Enjoy Bringing the Community Together in Loganlea 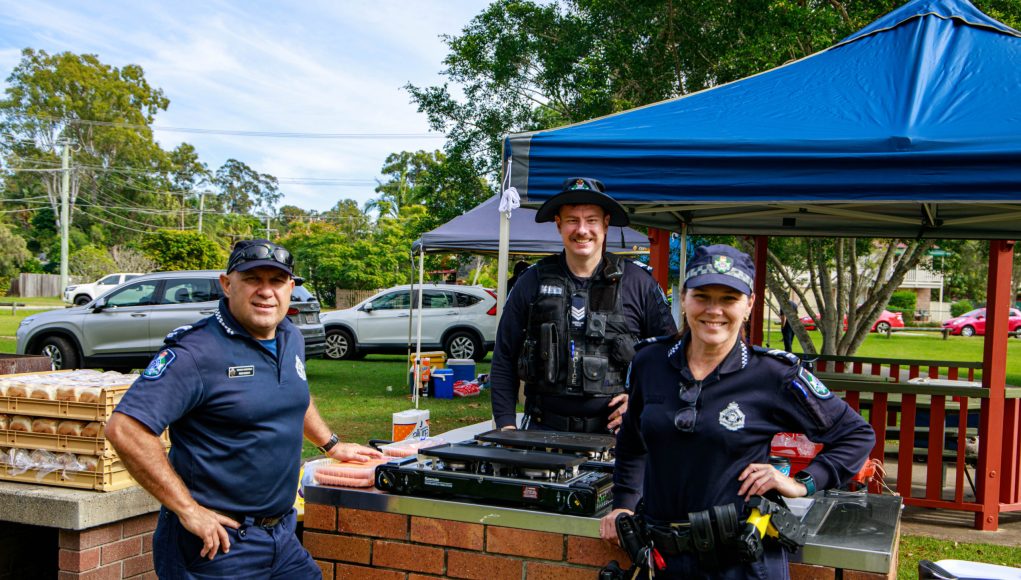 Logan Police recently put on a treat for the residents of Loganlea in collaboration with Logan City Council.

The day was about creating a community day out for everyone to enjoy and feel united.

The Woodridge and Loganlea Police Beat crews, together with various other Queensland Police Service (QPS) units, council and local community associations cooked up approximately 400 snags, played 3/3 basketball and engaged with the locals, in a fun and enjoyable environment.

The sausage sizzle (from IGA Loganlea) was finished off with some delightfully steamed pudding and custard, compliments of How We Roll Café and Hangi.

We were also pleased to have our QPS Mounted Unit join us who were very popular amongst officers and attendees.

The bike rangers have committed themselves over the past six months to help police deter and rid unwanted and unsafe trailbike riders from the local area.

“Thanks to all the QPS members that helped make the day possible and who got involved in making it an excellent community day out including Project Booyah, the Youth Co-Responder Team and the Cross-Cultural Liaison Unit,” said a police spokesperson.

“Thank you also to Queensland Fire and Emergency Services, Queensland Ambulance Service, Crime Stoppers and Loganlea Community Centre for being a part of the day.”

“Thanks also to Thelma Towers and her son Jason for all their support and participation. What’s a picnic in the park without teddy bears? Thelma is well known for her handy crafts and made beautiful teddy bears for the occasion, which she handed out to the kids on the day.”

The day would not have been possible without all the support from the above-mentioned people and a display of such wonderful community spirit.

“Thank you to everyone who came along to join us – we hope you enjoyed it as much as we did.”

Saturdaze Big Night Out at Flagstone

Berrinba Not Beenleigh for Eats & Beats

Council to Lap Up Community Feelings on Eagleby Pool

Saturdaze Big Night Out at Flagstone

Berrinba Not Beenleigh for Eats & Beats

Council to Lap Up Community Feelings on Eagleby Pool