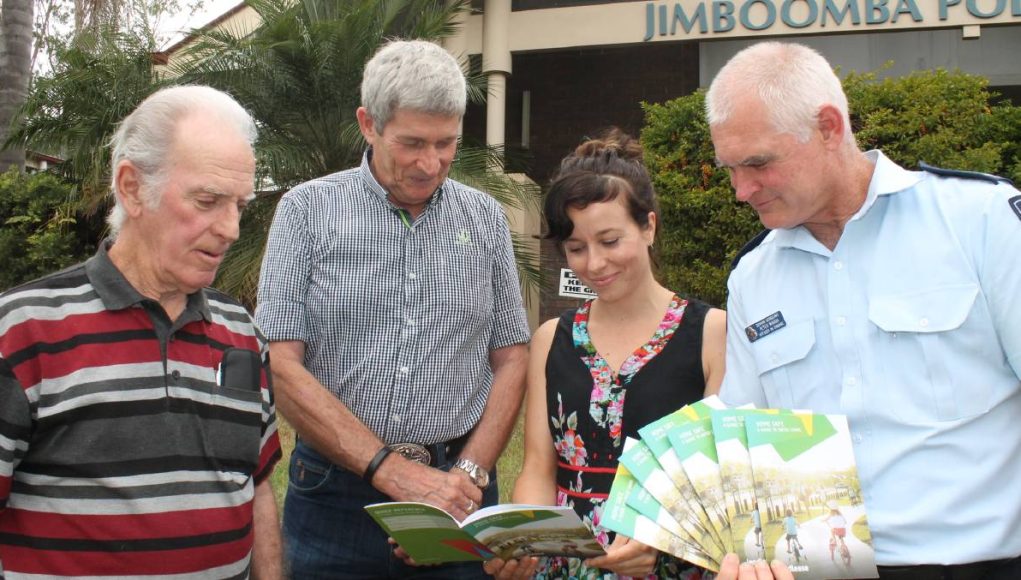 Mr Wells, 78, was the area coordinator of Jimboomba Neighbourhood Watch and belonged to the organisation for 17 years.

Clive Shield, Secretary of Jimboomba Neighbour Watch said Stan was a people person, was passionate about personal and community safety and was not afraid to stand up for the rights of our local citizens.

“Stan was also an active and “vocal” member of the Logan Country Safe City group.

“Further to this, both Stan and his late wife Maureen were passionate animal carers and spent much of their own time and resources in caring for displaced animals, particularly dogs and cats.”

A service was held at the Rotary Park on Saturday February 6 where an engraved plaque was mounted on a large piece of sandstone and speakers acknowledged Stan’s contribution to the Jimboomba community.

Senior Sergeant Peter Waugh reflected on Stan’s standing within the community and with local police.

“Small in stature, big in fight, a protector to man and beast, a friend to the police and a mate of mine,” Senior Sergeant Waugh said.

If you or someone you know would be interested in joining the Jimboomba Neighbourhood Watch, ‘Jimboomba Rural Watch 2’ meets four times per year on the first Thursday of the month.

All residents are invited to attend to raise issues related to personal and community safety.