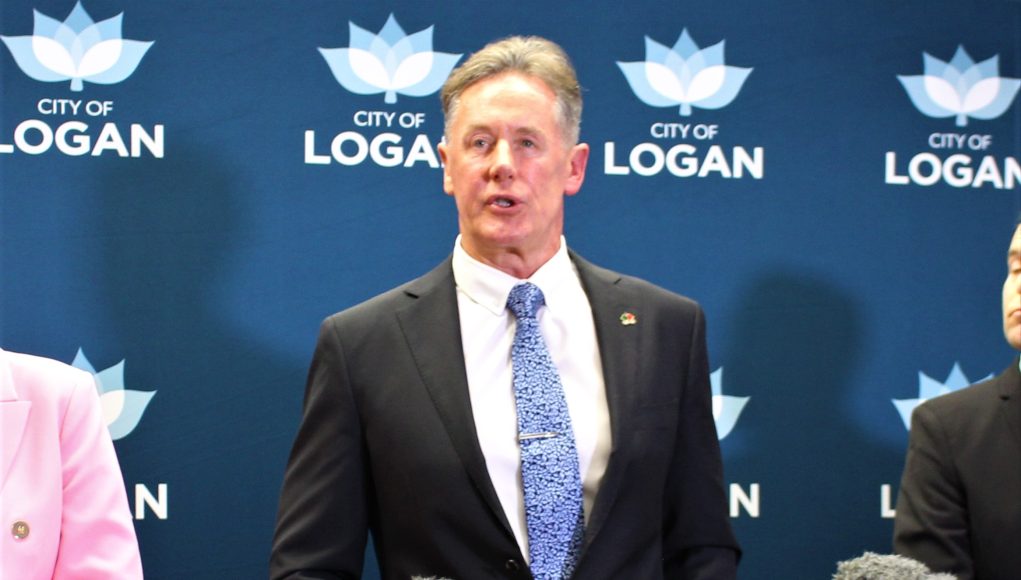 Today the Logan City Council revealed their 2021/2022 budget in a special meeting at council chambers and for the first time in Logan’s history it is over $1 billion.

The basic make-up of the budget is $382.5 million on capital expenditure, $606.7 million on services and operating costs and $19.5 million on principal debt repayments.

This budget also sees another rate rise for residents of 2.5 per cent which is around $1.32 per week on average with general rates set to earn the council $180.3 million.

Mayor Darren Power said I am delighted to be here today to deliver my second budget as Mayor of the City of Logan and what a difference a year can make.

“Fast forward 12 months and the outlook is brighter than ever and I’m pleased to say that Council and our city is back to business.

“You can be assured that we are listening to residents and strongly aligning the community’s aspirations with Council’s priorities over the next five years through the Corporate Plan.

“Today’s budget takes bold steps forward to deliver on our vision for Logan to become ‘a green city, full of pride, opportunity and culture.’

“Building new infrastructure such as roads, community centres, parks and leisure facilities needs to service generations to come and there is no doubt it is costly. The price of materials such as steel, bricks, cement and bitumen continues to soar and councils across the country, including us, must rely on rates to help pay for the construction materials that go into new community facilities and upgrading existing ones.

“This city is well recognised as a great place to raise a family and this budget delivers benefits to the young kids growing up in Logan today.”

So, what do you get for your increased rates? The council have a advised there will be growth in infrastructure, roads, parks, and business.

Logan Water will embark on a $139 million modernisation of the city’s water and wastewater infrastructure.

Funding has been allocated to  Logan City Council-owned water business to progress planning and design of stage one of the Chambers Flat Wastewater Treatment Plant (WWTP).

The new facility will service the growth areas in the south and west of the city including the suburbs of Yarrabilba and Park Ridge.

More than $36 million has been allocated to the ongoing upgrade of the Loganholme WWTP. This investment is part of a broader $100 million package of work at the facility over coming years.

The upgrade includes diverting catchment flows from the Beenleigh WWTP, which will be decommissioned.

A further $31 million will be spent replacing and renewing existing water and wastewater assets, and ongoing facilities maintenance.

• $1.2 million for a large solar array at Loganholme WWTP to power the gasification plant

• $3.9 million towards the connection of a development area in Sungold Road, Logan Reserve to the Chambers Flat wastewater pump station

• $1.9 million to upgrade security around critical water and wastewater infrastructure

The water base charge in the next rates bill will rise by just 1 per cent. It is the first increase in five years to the Council-controlled portion of water billing.

The Queensland Government has increased the bulk water price by 3.5 per cent from July 1.

• $8.5 million: Kerbing and stormwater drainage upgrades to streets in Jimboomba

KRANK, Logan City Council’s popular school holiday program for young people, has received a $40,000 boost in 2021/2022 to provide more free and low-cost activities for children aged from five to 17.

The first KRANK program in 2005 offered 36 activities attended by 647 participants.

The increased funding in this year’s budget will be put straight to use with an expanded KRANK program offered for the upcoming June/July and September/October school holidays.

High population growth in City of Logan’s south-western corridor has delivered a bonus to book lovers in Beenleigh, Jimboomba, Greenbank and Logan Village.

The opening hours of the four libraries will be extended through funding in this year’s budget.

The move aligns the opening hours at Beenleigh and Jimboomba Libraries with other larger libraries across the city. Those libraries will now be open until 8pm on Tuesday and Thursday and until 4pm on Saturday.

The extension will help Logan City Council Libraries improve the delivery of community services and provide increased access for families with young children, working families and those unable to visit a library during standard business hours.

It will also allow extra community learning through activities for children under five, after-school events and programs supporting the city’s COVID-19 recovery initiatives.

Logan City Council will continue to support wildlife and animals in the City of Logan through a special partnership with the RSPCA.

Council has sponsored the RSPCA-operated Logan Animal Ambulance Service since 2013 and will increase funding in 2021/2022 to allow the RSPCA to buy a new dedicated City of Logan animal ambulance and provide increased rescue services.

In the last 12 months there were more than 3000 rescues of sick, injured, and orphaned wildlife and animals in the City of Logan.

Logan City Council’s Investment Attraction Incentive Fund supports businesses to relocate to the City of Logan or set up significant operations in the city.

The fund has attracted 15 businesses, and it is estimated will generate more than 940 new and retained jobs and add an additional $120 million to the local economy once all projects have been completed.

Logan City Council’s budget has committed to expanding the Investment Attraction Incentive Fund with increased funding to $1 million a year.