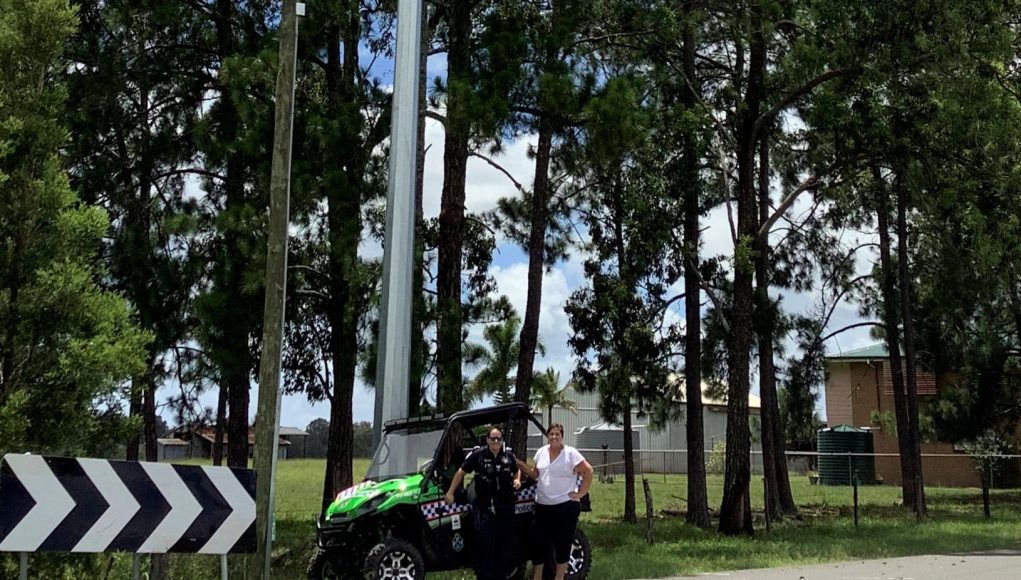 Eagleby will have five new CCTV cameras located throughout the suburb. These cameras will be live streamed for real time monitoring by council and police.

Logan City Councillor Karen Murphy has worked closely with Eagleby Police, Officer in Charge, Sergeant Adam Oliphant in identifying the needs and locations for the cameras.

The suburb of Eagleby is a unique location, in that there is essentially only three main entrances to the area.

Sergeant Oliphant said that these cameras are just another way to assist police to prevent, deter and respond to crime in the area.

“If anyone is thinking they can come into this suburb undetected or stay within the community and commit crimes or engage in hooning offences, they will be sadly mistaken,” Sergeant Oliphant said.

“If an offence is detected and the offenders are not picked up immediately, we have the capability to track them down at a later time when they least expect it.”

Sergeant Oliphant stated this was a remarkable effort by Eagleby Police who punch well above their weight for an eight-officer station and that many members of the community are probably unaware of the workload the officers commit to behind the scenes.

Eagleby Police have a great working relationship with many external agencies including Logan City Division 12 Councillor Karen Murphy (for securing the forthcoming CCTV cameras), as well as Logan City Council City Safe Project for providing an all-terrain vehicle which is heavily utilised by Eagleby Police for patrols and off-road offences in local parks.

Despite arrests and infringement notices, Sergeant Oliphant stated he and his officers recognised Eagleby as a vibrant community.

The residents come from all backgrounds, nationalities, and socio-economic backgrounds, adding to the area’s diversity.

Our intention is to keep the suburb safe and a great place to raise families.

Eagleby Police are not just trying to stop the offending, they are also trying to break down barriers with the younger generations.

Officers have good contact with the Wesley Mission and attend local schools for carnivals and presentations.

Our officers used this grant to attend Eagleby South State Primary School for a few mornings and cook up breakfast for students.

The Principal of Eagleby South State Primary School, Andrew Barnes said he welcomed the police officers from Eagleby with open arms to be at his school.

The children and families were able to see the officers’ compassionate and friendly nature.

Sergeant Oliphant summed up it up the community’s attitude.

“Quite simply, if you do the right thing, you will be welcomed and respected by everyone in the community.”