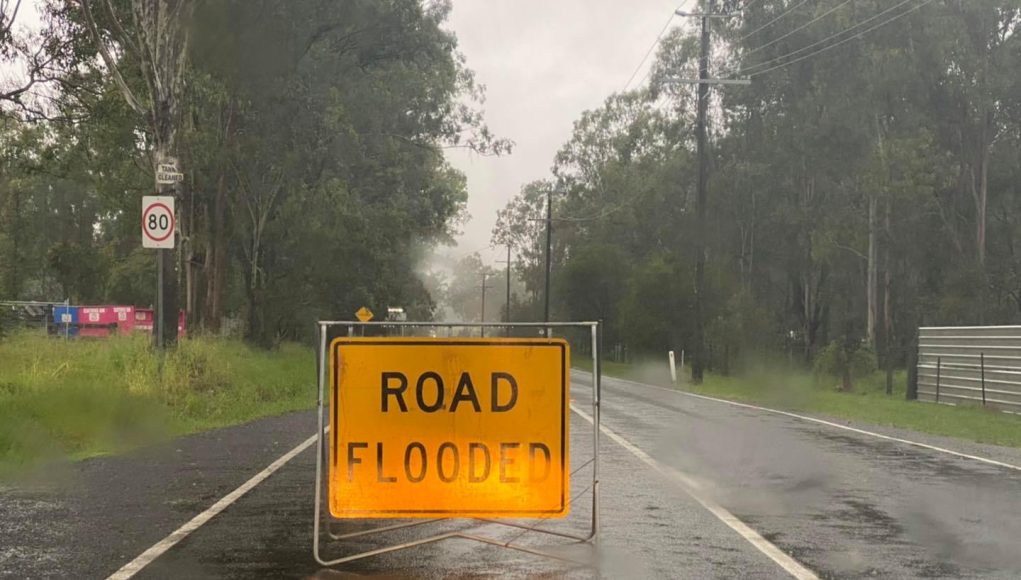 The City of Logan has opened its Local Disaster Coordination Centre in response to the weather event.

Hundreds of millimetres of rain has fallen in parts of the city over the last few days and more is expected today along with possible thunderstorms.

A major flood warning has been issued for the Logan River. A moderate warning remains in place for the Albert River.

Residents near the Albert River in the suburbs of Eagleby and Beenleigh are advised to maintain an awareness of their surroundings and monitor water levels in their area.

Cusack Lane at Jimboomba is closed. Other flooded roads include Waterford- Tamborine Road at Belivah Creek and Luscombe Bridge.

For a full list of flood-affected roads go to: disaster.logan.qld.gov.au.

Remember – If It’s Flooded, Forget It!

Logan SES has completed 92 jobs since midnight on Sunday.

Council has opened a second depot for residents who think they might need sandbags to collect them ahead of forecast heavy rain today.

Residents can also collect sandbags from the Logan East SES Depot at Winnetts Road, Daisy Hill which is open until 4pm today.

For the safety of the community, Council engineers have closed off Boxer Avenue, Daisy Hill, after it was extensively damaged on Sunday.

Further damage assessment will take place once the weather improves.

For your health, Council also recommends avoiding contact with floodwaters for up to five days after the heavy rainfall and elevated water levels due to potential risks from bacteria carried into waterways from runoff.