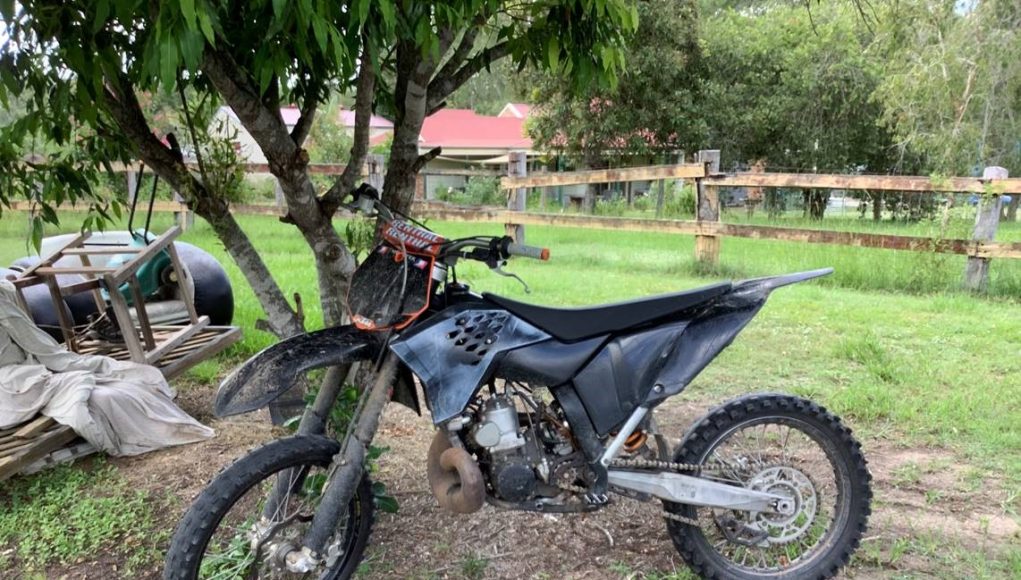 For a long time now, it has been believed that the vacant land parcels around Flagstone and council park areas were a good place for some dirt fun with trails bikes and four-wheel drives (4WD). This has spilled onto the nearby residential area, causing safety concerns.

Residents and business owners have complained, and the owners of the land have also reported misuse of this land, further providing that there is no permission given for anyone to be using their land for any means.

As a result, police have had to start patrolling and enforcing this in these areas.

This means that any person found to be riding trail bikes or 4WDs on land in these areas can be charged including for offences such as trespass and excessive noise by motorbikes and any other traffic offences or defective vehicle offence detected, which could ultimately result in having to go to court.

On February 5, Jimboomba Police seized a black unregistered trail bike alleged to have been used in numerous hooning incidents around the Flagstone area.

Multiple members of the public assisted police by reporting the motorcycle that was seen riding around the parkland with a rider who was not wearing a helmet.

Jimboomba Police had also received a high number of complaints from concerned and fed-up community members over the last few weeks, highlighting the rider’s alleged behaviour whilst riding the motorcycle.

In one such incident, it will be alleged the trail bike rider had been causing a nuisance and raising safety concerns around worksites and around other road users and failing to abide by road rules.

“Several members of the public have contacted and attended the Jimboomba Police Station with information in relation to the alleged actions of the rider,” Senior Sergeant Peter Waugh said.

“Without the assistance of the community, a successful prosecution is difficult to achieve.”

Thanks to this information, Jimboomba Police were able to investigate the matter.

Investigations are continuing in relation to the traffic related offences.

On Sunday, February 7, police from Jimboomba were conducting patrols along Trailblazer Drive, Flagstone.

The officers observed a trail bike performing a dangerous manoeuvre, riding in the opposite direction past the police vehicle.

Police managed to intercept the motorcycle as it entered a residential address. Although the man told police that he was helping his friend who had fallen off in bush land nearby, he did not currently hold a motorcycle class licence and was also riding a bike that was not registered or insured.

“This type of riding behaviour imposes a danger to our community using the bush land and the drivers that have to negotiate these riders when they ride on our footpaths and roadways,” Senior Sergeant Waugh said

A 31-year-old Flagstone man is due to appear in the Beaudesert Magistrates Court on March 2 in relation to alleged traffic offences.