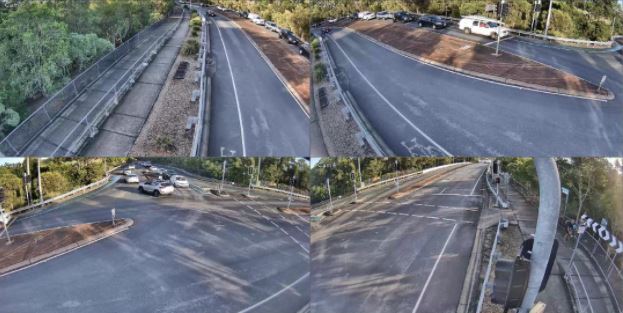 CCTV cameras which are monitored by Logan City Council have been added to more streets in Eagleby. The locations were identified following extensive community consultation which included local police and residents.

Cr Karen Murphy said thank you to the council officers who have worked hard to deliver this important safety upgrade for the Division 12 community.

“I have been working with the Eagleby police beat and we have already had great outcomes with a couple of hoons we have caught.

“The new camera will enable police to capture more crime and antisocial behaviour and assist in investigations.

“Another two more cameras have been installed and will be connected to the network shortly.”

A new resident to Eagleby who moved from deep in the Scenic Rim, relocated to the area because of the work on safety and the improvements that Eagleby has seen over the past 12 months.

“I am happy with the cameras and I feel safer; CCTV works, and it’s been proven.

“I would like to see it all over Logan and it is definitely not big brother because if people feel like it’s big brother watching they have something to hide.”

The cameras are to help with safety, crime prevention, information for police investigations, and with traffic crash information.

Eagleby Police, Officer in Charge, Sergeant Adam Oliphant said these cameras are just another way to assist police to prevent, deter and respond to crime in the area.

“If anyone is thinking they can come into this suburb undetected or stay within the community and commit crimes or engage in hooning offences, they will be sadly mistaken.

“Despite arrests and infringement notices, Sergeant Oliphant stated he and his officers recognised Eagleby as a vibrant community.

“The residents come from all backgrounds, nationalities, and socio-economic backgrounds, adding to the area’s diversity.

This is another community safety project delivered by Cr Murphy under the local infrastructure program.

The next suburb that is being targeted with CCTV from Logan City Council is Mount Warren Park. Cr Murphy is currently working on quotes and will liaise with federal member Bert van Manen and state member Melissa McMahon to have new cameras added to the suburb.

Cooking Up Funds for Club