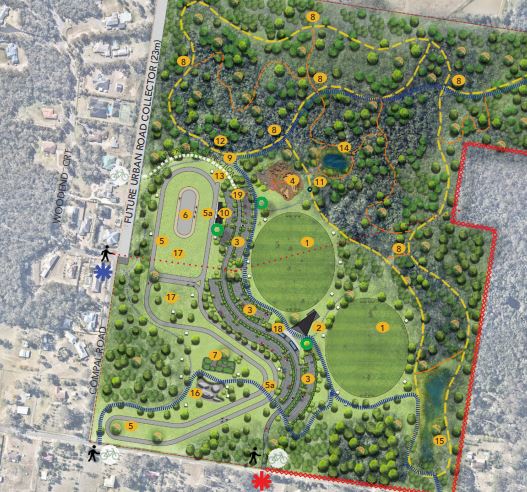 As part of yesterdays budget, the council have committed $26.5 million to deliver more active spaces across the city over the next five years.

The funding will allow two master-planned sports and recreation parks to progress to construction.

Rosia Park in Park Ridge and Waterford West District Park in Waterford were designed to meet the future sport and recreation needs of rapidly growing communities.

“This will be the first criterium track in the City of Logan and the first banked track of its kind in Australia,” Cr Koranski said.

“The precinct will also have the capacity to host international inline skating events.”

The 68-hectare site will be developed to include:

“Park Ridge is one of the fastest growing areas in the City of Logan,” he said.

“It is vital that this growth is supported by infrastructure. Rosia Park is a big investment and will be a great community asset for local families.”

It is expected to increase day visits to the City of Logan from residents in other parts of South East Queensland.

The first stage of the project, valued at $9 million, will be funded from the Australian Government’s Local Roads and Community Infrastructure Program.

Waterford West District Park will be developed into a recreation park that supports Council’s commitment to delivering active spaces for an active community.

The key elements of Waterford West District Park include water play and adventure play areas, a wetlands and amenities.

In addition to the parks, Council has committed $1.2 million to the relocation of the Logan Village skate par.

With the current skate park on the Village Green reaching its end of life, the opportunity exists to develop a new skate park in an improved location on the Green.

“The Village Green is the hub of Logan Village,” she said.

“Improving and delivering family-friendly fun spaces such as the Village Green, Rosia Park and Waterford West District Park make a positive difference to our lifestyles and our city.”

These parks will join Council’s 958-stong park network and support the delivery of the Active Logan Strategy 2016-2028.